Connecting the Dots on Hamilton LRT

As we dive deeper into the source of the misleading cost estimates used to justify cancelling Hamilton LRT, it's useful to understand some of the key players at the provincial level that are connected to the Hamilton LRT project:

Hamilton Light Rail has launched a campaign calling on Hamiltonians to send Premier Ford a message to fix Minister Mulroney's mistake and get the Hamilton LRT back on track. Please join the call to action and make your voice heard. 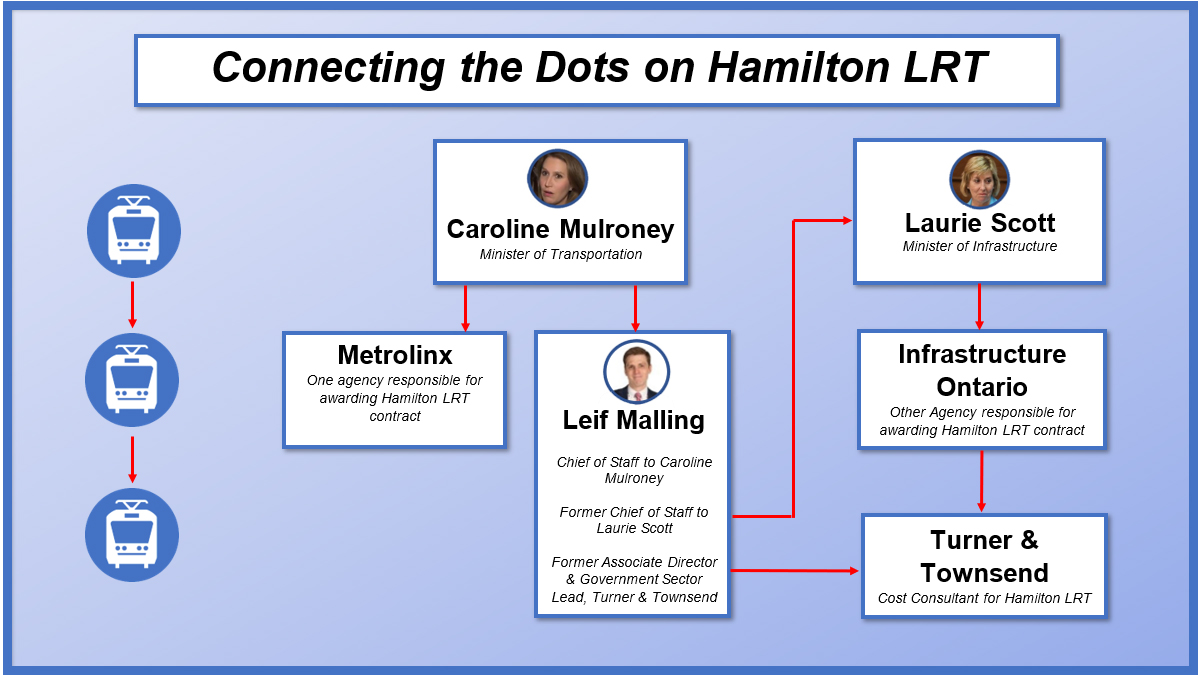 Lets get this back on track ! Pardon the pun. Hamilton deserves a fair deal .

We understand that infrastructure is costly, disruptive and complicated, so I appreciate your position.

Many of the good things we have in our life is because courageous governments decided to make bold, thoughtful steps that considered the long view of how our cities work. Rome wasn't built in a day, neither was the NYC subway system, or the TTC, or water pipes underneath our houses. But I'm glad someone thought to do it.

This isn't a partisan/idealogical appeal. I am a very simple person who mostly relies on people much smarter than me to solve my problems and make my life better.

This will be tough, yes. And there will be bumps along the way. But caring and community minded people - who spend their lives thinking about this issue of how to move people around - seem to think this is a good idea.
So that's who I want to listen to. And Hamilton deserves their insights and recommendations.