Hamilton Light Rail has topped 5,000 supporters, including the addition of 1,000 new supporters since mid-December when Transport Minister Caroline Mulroney announced she was halting Hamilton's LRT. 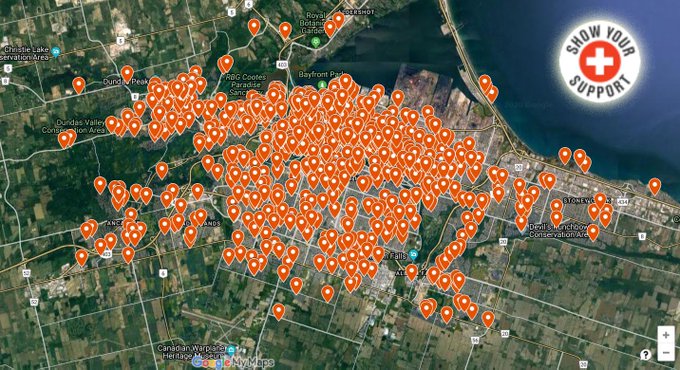 Supporters come are from all corners of Hamilton, which is consistent will the level of support the project received in the last municipal election where the pro-LRT candidate won 13 out of 15 wards including the lower city, mountain, Stoney Creek, Ancaster, Dundas and Glanbrook.

This outpouring of support comes as there are signs of cautious optimism for LRT:

These are all signs of a provincial government that understands it made a mistake and miscalculated the backlash it would receive from Hamiltonians. This now opens the door for getting LRT back on track and your support goes a long way in helping to keep the pressure up.

We plan on presenting a 300-page book compiling comments received since December 2019 to decision makers, including the Hamilton Transportation Task Force, as they decide next steps.

Please let's move forward with this project. We can't keep falling behind and being out of step with this kind of beneficial progress.

One of the main arguments for LRT has always been its ability to massively boost Hamilton's economy both during the 3-5 year construction period and during the lifetime of the project.

Now, more than ever, Hamilton needs the thousands of construction jobs and hundreds of millions of dollars of local investment LRT construction will provide. The project is ready to go: we were just waiting for the final bids to come in when the project was paused in December.

The federal government has expressed willingness to fund Hamilton's LRT and federal funding will make the project even more affordable to the Province and the City.

Please ensure all levels of government work together to build LRT. We need it now more than ever!

Tell the Task Force to Choose LRT
The federal government has offered to cover the funding gap for Hamilton LRT, which was the only reason Mulroney cited for cancelling the project in the first place.